Democracy functions only when we have the free flow of information

Independent History and Research is the largest publisher of truthful information about Judaism in the English-speaking world. Our information is compassionate and ethical. Our Truth Mission is dedicated to the liberation of all people, with love for all.

Click on the above to enlarge
Independent History and Research is a pro-Semitic organization. We teach: "Salvation is of the Jews"
______________

Judaism Discovered
A Study of the Anti-Biblical Religion of Racism, Self-Worship, Superstition and Deceit 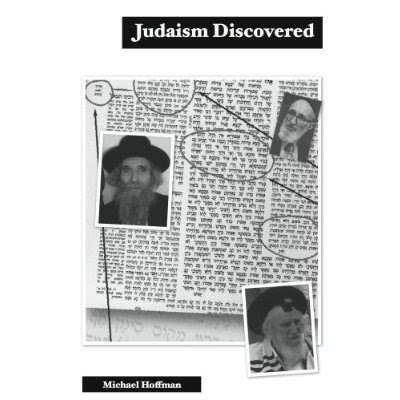 Read Mr. Hoffman’s essay on why he wrote this book (scroll down on the page)

“Mr. Hoffman - I would like to express my gratitude for your work. I am slowly making my way through Judaism Discovered and several other books and newsletters of yours, and I am not only learning amazing things never imagined, but slowly developing a new way of thought perception. May God richly bless you and your work.”—J.M., Princeton, Illinois

“Judaism Discovered is a mine of information about Talmudic Judaism. I am astonished by the quality and the abundance of your documentation. Your many quotations from the Talmud and rabbis constitute indisputable argumentation concerning the anti-Christian enterprise of Judaism, and also the compromises of the governments and the Catholic Church with Judaism...I wish success for your book…” —Bishop Bernard Tissier de Mallerais, Econe, Switzerland

Deconstructing the rabbinic texts line by line, Michael Hoffman has discovered a terra incognita: Orthodox Judaism as the ideological survival of the most ossified traditions of Babylonian paganism, concealed beneath a complex system of dissimulation and misdirection. His unsparing thesis is a radical challenge to Judaism's claims to Biblical provenance and probity. Partial list of subjects: Principal Sources of the Divine Law of Judaism; Deceit Mechanisms and Defense Mechanisms; No "Judeo-Christian" Tradition; Judaism's Hermeneutic of Concealment; Power Over the Court System; the Tarnish on Hillel's Golden Rule; Permissible Lying and Deceit; From Kabbalah to Aggadah: A Sexual Progression; Hasidic Paganism; Kabbalistic Renaissiance; Gentiles are not to be trusted; Talmud and Women; Jesus in the Talmud; Child Molestation; Halachos of Manslaughter; Maimonides: Rabbinic Worker of Iniquity; Maimonides and Islam; the Noachide Hoax; Anti-Black Racism; 'Sin Chicken'; Cursing the homes and graves of gentiles and Christians; Images and Talismans; Circumcision; Abortion; Ritual Murder; the Talmud and Kabbalah in Protestantism and Catholicism; the Menstrual Science of the Rabbis; Judaism and Kabbalah: An Inseparable Unity; Purim; the Golem; Converts and Conversions; the Kosher Food Racket; the Kol Nidrei Nullification of Vows; Critics, Criticism and Apologetics; and much more!
Massive, 1100 pages. Quality softcover textbook for advanced students. 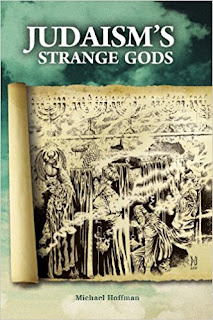 “If you don’t read any other book besides the Bible this year, be sure to read Judaism’s Strange Gods.”

“Hello Michael: My wife and I have finished reading Judaism's Strange Gods: Revised and Expanded. Read every word. Studied every word. Marked it all up with highlighting and comments all over the place. I want to be able to go back and find stuff. And there’s an awful lot of stuff. And before I go any further, I want to tell you that you are a hero. You have provided a blessing to the Church, and to the world beyond computing. I cannot imagine the painstaking hours you invested in research in order to compile all this information as you have done. Simply incredible.”

Judaism's Strange Gods is the best book under 400 pages for educating people about the hidden side of this creed. This volume contains all of Christian scholar Michael Hoffman's main facts and most effective research, in an easy-to-read, quality paperback. Judaism's Strange Gods is a condensed version of Hoffman's massive reference work, Judaism Discovered (see above).


Talmudism is overwhelming  the Right wing, masquerading as a family values partner with patriots against the forces of evil. On the Left, it poses as a progressive partner with peace activists. Hoffman deconstructs that facade in clear and understandable writing, and does so charitably, and without vitriol. Christian bookstores are packed with tomes purporting to unmask the religion of Islam, but not one slim volume will be found delving into the arcana of rabbinic Talmudism. Judaism's Strange Gods corrects that imbalance with irrefutable documentation.

Sample Contents: Principle Sources of the Divine Law of the Religion of Orthodox Judaism; The Rabbinic Eras; Rabbinic Law vs. Biblical Law; Judaism's Attack On The Prophets And Patriarchs; The Talmud: Only a Record of Debates?; "The Babylonian Talmud Represents God in the Flesh"; Judaism's Hermeneutic of Concealment in Theory and Practice; The Tarnish on Hillel's Golden Rule; A Gigantic Heap of Self-Perpetuating Legal and Textual Arcana; Falsifying Scripture with Gezera Shava; "A Hedge Around the Law"; Loopholes And Escape Clauses; "The Pious of the Nations" Loophole; Four Exegetical Categories: PaRDeS;  Outright Lies and Deception; Permissible Categories of Lying; The Deceiver's Gloss on Exodus 23:7; Why Women Have Not Been Allowed to Study the Talmud; Bribery; Defrauding Workers; The Authority of the Talmud; The Inferiority of Gentiles; Gentile is not a Brother or a Neighbor; Jews May Kill Non-Jews; Torat Hamelech: Warrant For The Murder Of Gentiles; The Status of the Gentile in Jewish Law; Non-Jews are "Supernal Refuse"; The Halachos of Manslaughter: "Lifting and Lowering";  Judaism Teaches: Abraham & Isaac were Tainted with Lust; Rabbinic Texts are a Virulent Source of Anti-Black Racism; Every Gentile's Mother, Daughter and Sister: NShGZ; New World Order: U.S. Government Lays The Groundwork For Talmudic Courts; Christians in the Talmud; Escape Clauses and Loopholes Concerning the Rabbinic Ban on Churches; Talmud Citations Concerning Christianity; Balaam: The Talmud's Code Name for Jesus; Christianity Alleged to be a Form of Prostitution; Mary the Mother of Jesus as "Sedata" (a promiscuous woman); Establishing a Legal Principle for Courtroom Entrapment of Christ and Christians; Pandera and Balaam: Jesus as a Bastard in the Talmud; Origen Contra the Antichrist Rabbinic Calumnies of Celsus; Anti-Goyimitic and Anti-Christian Hatred; Divine Mandate to Kill Jesus Christ and Christians; Judaism's Reincarnation Dogma;  Star of Bohemia, Not David; Kaparot: The Sin Chicken; The X-Rated Talmud; Judaism and Menstruation; Judaism and Abortion; Converts and Conversions to Judaism; Yom Kippur and the Kol Nidrei Nullification of Vows; Judaism's Holy Days; Birkat HaMinim: The Curse on Christians; Glossary of terms; Index.

Please click to enlarge and read our important statement