I. The Masonic Alchemy of the Apollo Flight to the Moon
“The Most Stupendous Symbolical Transaction of All Time”
For fifty years, we have been told absolutely nothing about the vast occultic process behind the scenes of the U.S. National Aeronautics and Space Administration from its earliest days. Masonic planning, operations, command and personnel: the two-headed eagle flag on the moon; the jettisoning of the Eagle landing module into the sun. Mission Control— Freemasonry!
Profusely illustrated.

Also in this issue:

II. Papal Infallibility: Masonic Key to Control of the Church
Sections include: The Secret Origins of the French Revolution; The Managed Reaction to Napoleon; The Ascent of the Ultramontane Infalliblists; Conservative Means and Joseph de Maistre’s Masonic Ends; Ignaz Dollinger’s Struggle for the True Church;
An Infallible Pontiff: Masonic Prelude to the 1960s Revolution of “Infallible” Paul VI

EXECUTIVE INTELLIGENCE DOSSIER: “Manifestations of Mind Control and End-Time Burnout” Michael Hoffman studies the fact that mostAmericans have been so heavily processed since 2001 inside job terror attacks that they are are now unconscious occult initiates. What this psy war “Twilight Language” revolution signifies for our future.

HISTORY: The Israeli Motive for the Assassination of President John F. Kennedy: new evidence of the Israeli panic over the prospect that JFK was going to send troops to stop Israeli nuclear weapons development.

HISTORY: The Great White Slave Revolt of 1381. Another fascinating chapter in the untold revisionist history of white slaves, in this case in England in the 14th century.

NEWS: Rabbi Orders Catholic Priest’s Removal from Chicago Church. Plus: Pro-Hitler Rabbis in Israeli academies. Rev. Herman Otten obituary.  Letter to the Editor  on Joseph de Maistre, masonic double-agent inside the Church. And more! Don’t miss out — subscribe today and start your subscription with this issue no. 102

Or purchase this issue only: 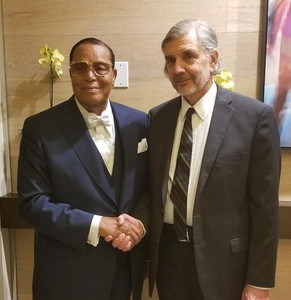 Feature article: My Service to the Nation of Islam
“Defending the Holy Name of Jesus"

I. Chicago Bound on a Wing and a Prayer

III. Speech at a workshop on the Talmud with 200 scholars

IV. Character of the members of the Nation of Islam

V. Speech to thousands at the national convention

I. Judaic-American abortionist to the movie stars

II. High connections to Hollywood moguls and the police department 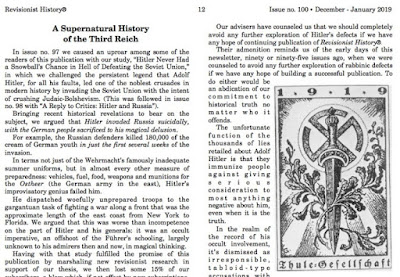 Feature article: The Other Holocaust: Communism from Marx to the Post-Modern Age

I. Karl Marx the Nasty Deceiver. His Battle with Proudhon

III. “Terrorisme” and Thermidor: When Revolutions Devour their Own

Feature article: A Supernatural History of the Third Reich

I. A self-imploding boobytrap devised by the virus of Kabbalism

Also:  History of White Slavery in Bits and Pieces

I. The White Serfs of Britain and Appalachia

II. From Yeoman to Paupers: Enclosures and the Destruction of the Monasteries in Tudor England


— and more!
___________________
Independent History and Research: Online Ordering
An Easy Way to Order — Pay by Invoice:
Tell us what you’re ordering and an invoice will be e-mailed to you.
Pay the invoice securely online and we’ll ship your order.
Five easy steps:
1. Tell us what country the items will be shipped to (USA, Canada, Britain, Japan etc.) 2. E-mail us your full name and e-mail address, along with a complete list of the items you want to order. 3. Tell us how many you want of each item. 4. E-mail to: rarebooks14@mac.com
You will receive your invoice by e-mail. 5. Pay it online at our secure payment center and we’ll ship your items. It’s safe and efficient!
We accept VISA and Mastercard
___________________

The Menorah: Official Symbol of the “State of Israel.” Myths, Fakery, Exploitation and Doom through the Ages. Zionism, Talmudism and Christianity in the battle for Biblical heritage. Tracking one of the great mysteries of history. Be part of the adventure!

Also in ths issue: Brett Kavanaugh’s America: Beyond the Confirmation Battle: Kavanaugh’s role in the Vince Foster investigation; Kavanaugh vs. the Abortion Matriarchy; “Gender Traitors;” The Hidden Root of Delusional Feminism; The New Standard: Truth Not a Factor.

Plus: Eulogy for Robert Faurisson: Demonized Skeptic who Battled for the Right to Doubt 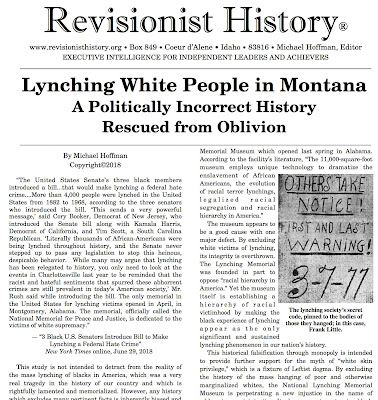 Lynching White People in Montana
A Politically Incorrect History Rescued from Oblivion
Michael Hoffman unearths the shocking and deeply concealed chronicle of the “vigilante” masonic secret society that lynched more than a hundred whites in sparsely populated Montana territory over just a few decades. The white skin of the hanged signified nothing whatsoever in terms of “privilege” or immunity. Some were guilty, many were innocent and all were denied due process and a fair trial. There are no museums or memorials to these white lynching victims. The occult organization that killed them is officially honored in Montana. Here’s an extraordinary investigation into the secret history of America.

Revisionist History newsletter no. 97
“Hitler Never Had a Snowball’s Chance in Hell of Conquering Soviet Russia” 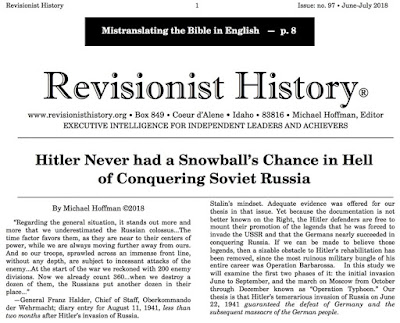 New evidence that Hitler believed the German Army could conquer Russia in three months. He was so certain that he shifted industrial production to ship engines and cut back on panzer and infantry weapons and parts, while his men were in desperate need in combat. 185,000 were killed between June 22 and October 1, 1941. In this study we examine the history of Russia as a deathtrap for foreign armies; the fatal flaw at the heart of Nazism; the Nazis’ “Magical Thinking”; winning battles and losing the war in the East — how did it happen? This is a new revisionist look at Operation Barbarossa and Operation Typhoon (the march on Moscow) that shatters many preconceptions.

Also in this issue:
America’s War for the “Jews” of Vietnam: The Lost Secret of Why We Fought

Plus: Mistranslations of the Bible in English: what is being hidden and why?

And: Dictatorship of Social Engineering: a post-Obama harbinger of Soviet-Marxism in America 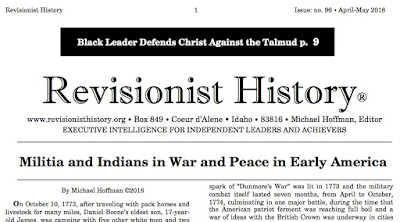 “Militia and Indians in War and Peace in Early America”
What is the truth about America’s Indian wars? How important is it to you and your posterity to set the record straight? The ceaseless stigma on white Americans of having committed genocide and land theft overlooks the land theft and genocide visited upon Native tribes by other tribes of Indians. In our study we examine Iroquois relations with the Shawnee, Delaware and Mingo, as well as the Indian war with the Virginia militia, which was the final war of colonial America before the onset of the American Revolution at Lexington and Concord, six months later. You can depend on Revisionist History® to always provide you with the best and most up-to-date research on the unlit corridors of American history!

Here are the contents of this issue: Dunmore’s War commanded by a refugee from the Scottish-Catholic army of Bonnie Prince Charlie. Indian Chiefs: Cornstalk, commander of Indian forces massed to destroy the militia in battle; Mingo Chief Logan and Cherokee Chief John Ross — white men at the head of Indian nations; and a study documenting George Washington’s kindness to Native Americans.

Subscribe and start your subscription with this issue (this is your best option in terms of savings)
Or purchase this issue alone: 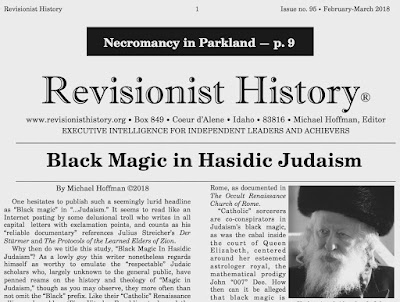 Also:
King Phillip II, Usury Bankers and Spanish Army Devastation
And:
Necromancy in Parkland
Plus:
Requiem for an Indian Fighter — Review of the movie “Hostiles”
Also: The Real Ruler of Illinois (it’s not the governor); Hatred for the West Weaponized in the Rise of Communist China; P.G. Wodehouse the Pariah; and more.

Or purchase this issue alone:

Issue no. 95 shipped to US residents:

Posted by Michael Hoffman at 11:00 PM